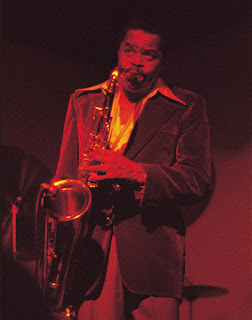 Stanley Turrentine was born in Pittsburgh in 1934 and grew up in the Hill district in a musical family. His father played tenor sax with Al Cooper’s Savoy Sultans. His mother played stride piano and his brother Tommy was a trumpeter. Ahmad Jamal, a neighbor, practiced on the Turrentine’s family upright piano. Encourage by his family Stanley took up the saxophone at the age of eleven. While in high school Stanley got his first gig playing with his brother Tommy at the Perry Bar. In 1950 he went of the road for two years with the Lowell Fulson’s blues band which included pianist Ray Charles. After leaving Fulson’s band, he gigged with Tadd Dameron in Cleveland. He then replaced John Coltrane in Earl Bostic's early R&B/jazz band in 1953. After serving the in military from 1956 to 1959 Stanley returned to Pittsburgh. Max Roach hired Stanley and Tommy for his band, when his band quit during an engagement in Pittsburgh in 1959. 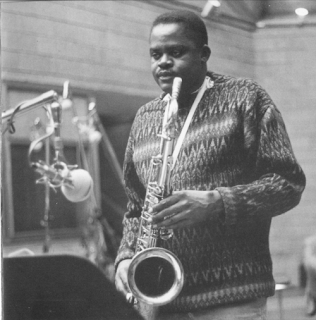 Playing with Max Roach, Stanley quickly came to the attention of Alfred Lion, who signed him to an exclusive contract with Blue Note Records in 1960. Stanley released 26 albums as a leader on the Blue Note label from 1960 through 1969. His recordings ranged from the small group soul-jazz classic “That's Where It's At to recordings with larger ensembles. At Blue Note his albums hit the Top of the Billboard Jazz charts from 1967 through 1969 with “Serendade to a Soul Sister” (#8), “Rough 'N' Tumble” (#12) “The Look of Love” (#12), and “The Spoiler (#16). Turrentine also recorded as a sideman for the label on albums by Horace Parlan, Art Taylor, Jimmy Smith, Duke Jordan, Horace Silver, Duke Pearson, and Kenny Burrell during this period..

Tenor Saxophone legend Stanley Turrentine is known his big warm tone and soul-jazz recordings. As a recording artist he landed fourteen albums in Top Ten Jazz charts between 1971 and 1993, scoring no 1 hits with “Night Wings” and “Don’t Mess with Mr. T”. He released 58 albums as a leader Blue Note, CTI, Fantasy, Elektra, and other labels. Performing as a sideman he appeared on 44 albums including recordings by Jimmy Smith, Max Roach, Diana Krall, Abbey Lincoln, Freddy Hubbard, and others. Stanley received four Grammy nominations in R&B and in jazz. He best known songs are “Sugar” and “Don’t Mess with Mr. T”. 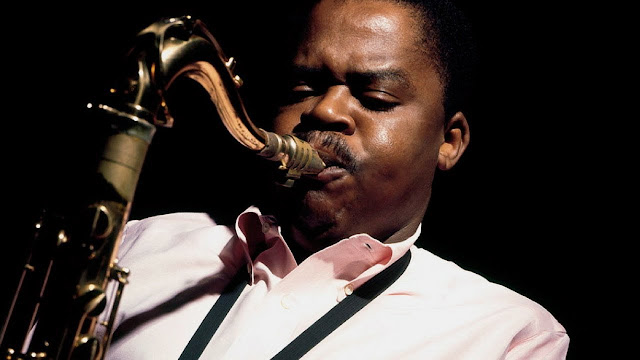 With his strong unique soulful style that combines modern jazz and R&B, Stanley Turrentine is credited as a being a major influence on a generation of modern tenor sax players.

“What first leaps out and grabs the listener's attention is Turrentine's sweet yet muscular sound, which suggests Johnny Hodges more than the classic Swing tenors. A flexible voice, it can deepen to a resonant honk, soar into one of the most piercingly full-throated cries in jazz, and broaden to a thick, sensuous vibrato on ballads. Turrentine tends to play on top of the beat, making for a deep, trancelike groove, and his phrasing draws on both modern jazz and R&B. Angular lines alternate with timeless blues phraseology.” - David H. Rosenthal, Hard Bop, Oxford University Press, 1992
During the 1960’s Stanley was one of the top performers in the soul-jazz genre, which is working-class music featuring a tenor saxophonist and an organist. Soul-Jazz was heard in circuit of small clubs in black neighborhoods across the country. Stanley married jazz organist Shirley Scott in 1960 and recorded 8 albums with her. Together they toured the country by car performing with a combo on what they called the “Chitlins Circuit.' 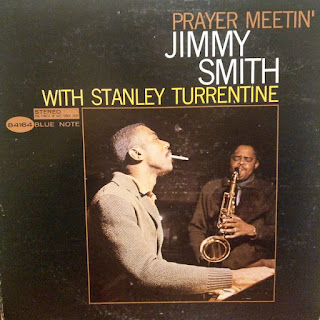 A lot of small places, with bad sound systems, small audiences” . The couple moved to Philadephia and became friends with befriended Hammond B-3 organ legend Jimmy Smith. Turrentine played sax on Smith’s soul-jazz classic albums “Chicken Shack” and “Midnight Special.”
In 1969 Stanley signed with Creed Taylor's cross-over jazz label CTI to record more radio-friendly music. His first CTI album ‘Sugar’ released in 1970 featured newcomers George Benson, Ron Carter, and Freddie Hubbard. It was a smash hit reaching no 3 on the Billboard Jazz Charts. He reached the top of the charts again in 1973 with ‘Don’t Mess with Mr. T” at no. 2. Turrentine released 5 albums on CTI before joining the Fantasy label. At Fantasy his scored No. 1 hitswith Piece’s of Dreams. 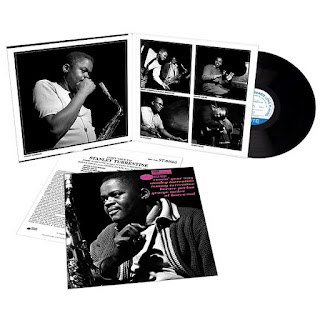 Turrentine made many more recordings dung the 80’s on 90s on Musicmaster and other labels. He also performed frequently as jazz festivals and clubs aound the world. While in New York in September 2000 for an engagement at the Blue Note he died suddenly. His buried in Pittsburgh's Allegheny Cemetery.